A metaphor is a figure of speech that references one concept, object, or action, by identifying it with another. In metaphors, that identification of one concept with another isn’t literally accurate. Metaphors help us understand and experience one thing, with which we might be unfamiliar, in terms of another, with which we’re more familiar [Lakoff 1980]. Understanding the structure of metaphors helps us understand how to use them—and mitigate the risks that arise when we do use them. 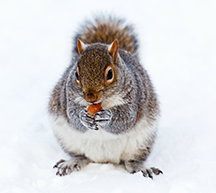 For example, consider the statement,“my son’s room is a war zone.” As a metaphor, it identifies my son’s room as a war zone, when it isn’t literally a war zone. We mean that his room is messy and disorganized. We don’t mean to imply that military ordnance or troops are involved. More examples:

In these examples, Oscar Wilde isn’t saying that friends actually stab anyone. Nor is “Carrie Bradshaw” saying that squirrels are rats, or that they wear clothing. And Frost or Twain isn’t saying that banks actually lend umbrellas. Nevertheless, these three statements do literally imply stabbings, squirrel clothing, and umbrella distribution. These metaphors make their points by being literally inaccurate. The literal but untrue assertion is the hallmark of the metaphor.

Unintended associations: why using metaphors can be risky

Because metaphors compel our minds to accept the identification between source and target in toto, they can cause us to make errors of thought. Those errors create risks for the enterprise as we attempt to manage technical debt. The risk arises because we begin to regard technical debt as a form of financial debt, when in reality it is not. The risk of misidentification is acceptable if we understand it and manage it properly. But that risk is often unrecognized, and therefore it remains unmitigated. A significant source of this risk is our inability to control which attributes of the metaphor’s source the reader or listener chooses to associate with the metaphor’s target. We can call this phenomenon unintended association.