This case illustrates how a decision to incur technical debt in one part of an organization can burden others with the metaphorical interest charges (MICs) on that debt. To gain effective control of technical debt, hold accountable those who make the decisions that lead to incurring new debt. 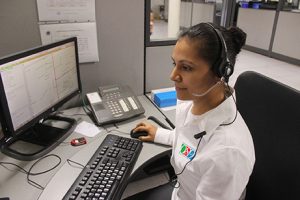 During the troubles following release of UGI’s StrawIntoGold 1.0 product, the Help Desk operated by UGI’s Customer Service Department was inundated with calls. Customer Service alerted Engineering. Engineering provided an explanation and an estimated repair date to pass on to callers. But neither Engineering management nor Customer Service management provided a script for the representatives. Consequently, calls took approximately 15% longer to handle than they would have if with a script. Further, the message conveyed to customers wasn’t always clear or consistent. That resulted in some customers calling repeatedly with the same issue.

We can view as incurring a technical debt the decision not to provide customer service representatives with a script. We can view as the metaphorical interest charges the extra time handling calls, the extra calls, and even a few lost customers. Because of the singular nature of this incident, it’s doubtful that anyone will write a script. But if someone were to do so, the cost of writing it, distributing it, and training all customer service representatives would be the metaphorical principal of this technical debt.

UGI doesn’t have a means of holding accountable those who incurred the debt. In this case, the Customer Service function incurs additional expenses because Engineering and Customer Service elected not to develop a script.

Other components of the metaphorical interest charges include the total of lost sales, damage to UGI’s reputation, and possible loss of market share. Marketing could have stepped in to assist with limiting that damage. But because they viewed the problem as technical, they didn’t participate. A whole-enterprise perspective on managing the technical debt might have led to a collaboration among Engineering, Marketing, and Customer Service. That collaboration could help build better relationships with the customers who were affected by the incident.

Accounting properly for the MICs associated with technical debt can lead to a better understanding of its effects.

This case illustrates the importance of recognizing as technical debt any artifact whose condition or absence contributes to a loss of organizational effectiveness or agility. It describes a situation related to software development, and which some would argue isn’t actually technical debt.

Growth has been unbelievable at Unbelievable Growth, Inc., (UGI). One reason why is the recent release of their app for Android and iPhone. The new app is StrawIntoGold 1.0. The app has an uncanny ability to predict the price movement of any common stock over the next 60 seconds. Some users had complained about the unresponsiveness of the user interface in release 1.0, which caused them to miss the 60-second window.

Engineering did some quick work and shipped StrawIntoGold 1.1 to fix the problem. In their haste, they were unable to automate all testing. So UGI hired 17 interns just for that release. The interns performed some critical tests manually to ensure that the problem had been fixed. Although those manual tests are still manual, and although UGI has laid off the interns, work on StrawIntoGold 2.0 has begun. The engineers working on StrawIntoGold 2.0 are doing their own tests manually, which is reducing their productivity considerably. Release 2.0 is now three months late, so far, and the projected ship date is at least three months from now.

We can regard the decision to ship release 1.1 without automating tests as incurring a technical debt. That debt consists of the tests that weren’t automated. Until UGI retires that debt, it will incur something analogous to interest charges, as reduced engineering productivity. They raise production costs for the next release. They also delay the revenue projected for StrawIntoGold 2.0. That causes a loss of revenue, which is another contribution to metaphorical interest charges. The metaphorical principal of the technical debt imcludes the cost of implementing the automated tests. It also includes documentation and training for the engineers who will be using them.

Some conventional views of technical debt don’t regard the missing test automation facilities as technical debt, because they aren’t part of the product. For example, Kruchten, et. al. [Kruchten 2013], take the definition of technical debt to be restricted to items characterized as “direct system characteristics.”

From the policymaker’s perspective, any loss of organizational effectiveness attributable to the condition or absence of a technological artifact is potentially a metaphorical interest charge arising from the technical debt associated with that artifact.

Allocating resources to technical debt management is difficult for organizations unless they know the full costs associated with carrying technical debt.

This case involves deferring a platform upgrade for SharePoint sites. It illustrates the importance of the policymaker’s view of technical debt, as compared to the view that restricts technical debt to the engineering or IT functions.

Some—indeed most—conventional views of technical debt do not regard the deferred upgrade as technical debt, for various reasons—it isn’t software, or it isn’t in a product, or it isn’t a shortcut taken for expedience, and so on. Moreover, the person who made the decision to take on the debt was the CFO, who isn’t an engineer, and who might not even realize that the implications of the decision result in taking on technical debt.

But from the viewpoint of the policymaker, the commitment to execute the upgrade in the future is equivalent to accepting a technical obligation. For the enterprise, it’s a technical debt. Following UGI’s current accounting procedures, the SharePoint users and IT will pay the metaphorical interest on that technical debt. It will appear as an operating expense for those groups. That’s unfortunate, because the purpose of deferring the upgrade was unrelated to their operations. It was an enterprise cost-leveling maneuver. As such, the enterprise should probably account for the costs at the enterprise level to ensure accurate representation of the operational costs for the SharePoint users and for IT, and to accurately represent the CFO’s operations.